Does Coffee Age You? Science-Based Facts 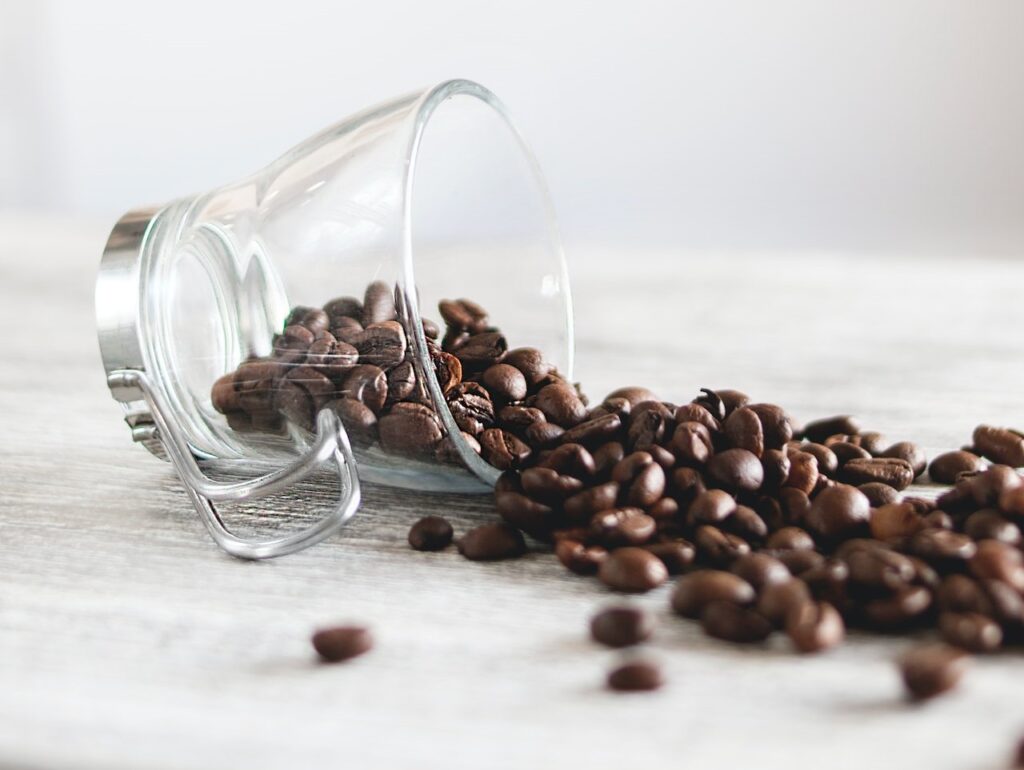 Caffeine is used in many skin care products that may make your skin more elastic and young-looking. Moreover, caffeine is believed to possess anti-aging properties.

However, if you need a cup of coffee to wake up, and several more cups to be productive during the day but wonder if it can have adverse effects on your healthy aging, go on reading this article to find the detailed answer.

So, does coffee age you?

Unfortunately, coffee may age you and your skin faster. Depending on the methods of brewing your coffee, the additives in it, and the amount you consume, coffee may be healthful or harmful for you. Caffeine in coffee can help you stay younger and slow down your aging pace. On the contrary, improper coffee consumption may lead to accelerated aging, wrinkles appearance, and collagen depletion.

Let us discuss how to consume your morning joe for a better result both on slow aging and overall health.

Health Benefits Of Coffee And Caffeine

1. Antioxidant Against Inflammation And Neurodegeneration

Coffee and mainly caffeine in it (also found in tea) have long been used for health benefits. Besides its stimulant effects, caffeine is a strong antioxidant inhibiting excess inflammation.

Inflammation in moderate occurrences is a protective means against viruses, diseases, and injuries. Whereas, chronic inflammation can kill your health. As you get older, your body encounters more inflammation caused by an inactive lifestyle, environmental pollution, physical and psychological stress, and unhealthy food that age you.

Studies show that caffeine consumption of 3-4 cups a day may be an effective anti-inflammatory agent in preventing aging diseases. These effects are attributed not only to caffeine but also to numerous other polyphenols in coffee called chlorogenic acids (CGA).

Studies suggest that CGAs in coffee are potent antioxidants that prevent neuronal cell death and hence can protect from neurodegenerative disorders.  Also, CGAs were shown to improve memory and learning capability in mammalian study models.

The primary reason majority of the world’s population drinks coffee is to wake up and ward off fatigue. This is due to the caffeine present in coffee beans which was scientifically proven to be a brain and central neuronal system stimulant.

Caffeine, also found in cocoa beans and tea leaves, helps to relax and stimulates dopamine production in the brain. This is one of the reasons after coffee you may feel more joyful and active.

For the above-mentioned purposes, caffeine is also a common additive to energy and soft drinks for wakefulness arousal. However, overconsumption of caffeine in a form of energy drinks or simply coffee may react adversely causing anxiety, quickened heart palpitation, and insomnia. 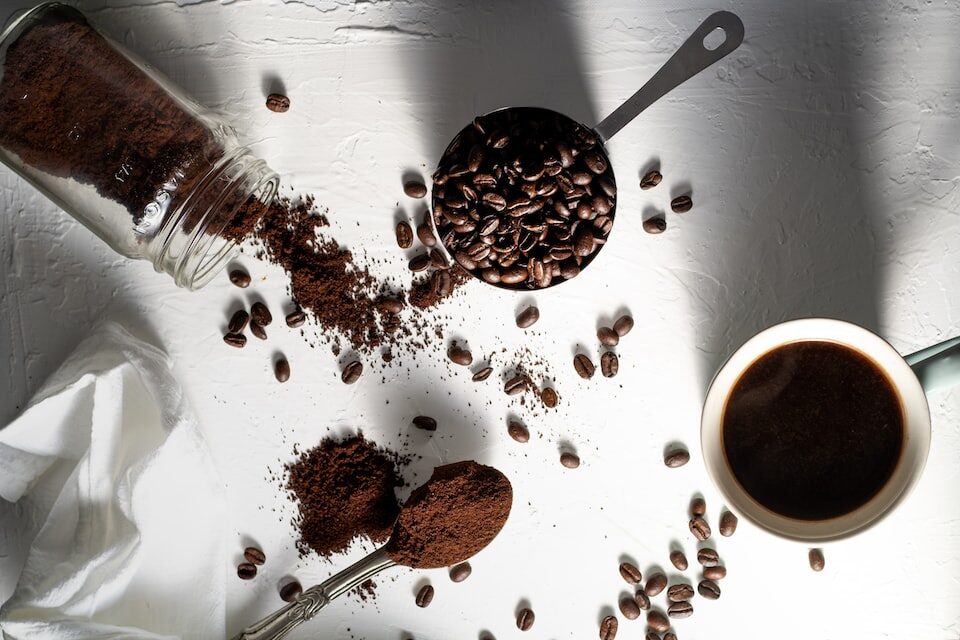 Due to its anti-inflammatory and antioxidative properties, coffee may help prevent the onset of type 2 diabetes (T2D). Studies with more than 1.5 million people showed that moderate and regular coffee consumption is associated with increased insulin sensitivity, better metabolism, and low blood sugar levels.

Another important fact to take into account, is drinking coffee without artificial sweeteners including regular sugar which may cause glucose spikes.

Coffee accelerates metabolism, thus fat conversion into energy. With years, our body gets weak in processing the food we intake, increasing the chances of fat storage and obesity. The latter is one of the unhealthy aging evidence leading to cardiovascular disorders and diabetes.

The increased stamina after coffee intake may boost physical activity – a crucial prerequisite to keeping a lean body and hinder the risk of obesity.

Thanks to the ability to suppress hunger, coffee may prevent overeating. Also, people practicing intermittent fasting for weight loss may benefit from coffee consumption double fold. However, it should not be consumed on an empty stomach which can cause nausea, headache, and stomach discomfort.

Depression may often be the main cause of serious illnesses earlier or later in life. It is also one of the reasons for faster aging and cognitive decline. Yet, studies with 14,413 Spanish graduates suggest that depression incidents are lower among people who consume at least 4 cups of coffee compared to people who drink less than a cup of coffee a day.

Remembering also the fact that coffee stimulates the production of the neurotransmitter dopamine in the brain, we can conclude that coffee consumption may be a beneficial approach to fighting depression and its causes.

However, as always, it is important to drink your favorite morning beverage in moderation. Otherwise, more than 4 cups of coffee can lead to inverse effects such as anxiety, hypertension, and quickened heart rate. 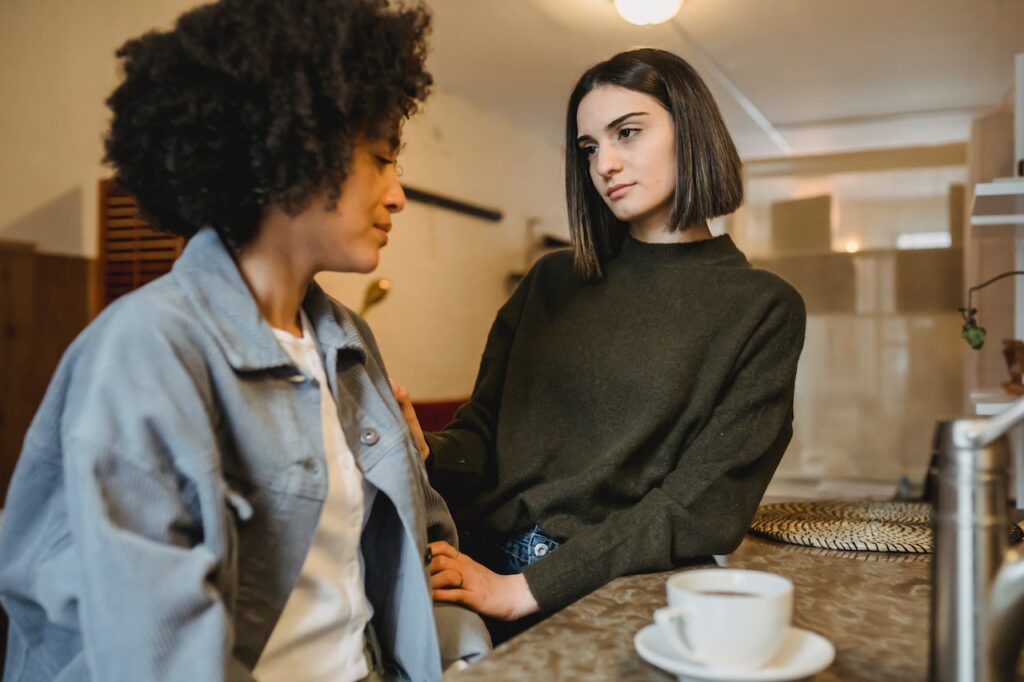 Is Coffee Good For Slow Aging?

The synergy of all the health benefits coffee possesses can be a guarantee for slow aging and prolonged human lifespan. As proof of this statement, Studies conducted in 2019 suggest that regular 3-4 cups of coffee daily is associated with a lower risk of all-cause mortality.

Another noteworthy study shows that coffee prolongs the chronological lifespan of yeast. Scientists witnessed how coffee protected cells against oxidative stress. Plus, due to its antioxidant and anti-inflammatory properties, coffee was shown to protect genome stability and prevent DNA damage.

Not depending on the type of coffee (decaf or caffeinated), the effects do not change. Both decaf and caffeinated coffee were shown to increase the ATP levels in mice’s livers. ATP is a chemical compound that is responsible for providing energy for transporting macromolecules, essential lipids, and proteins in cells. In other words, it is the provider of energy for vital organismal processes.

Moderate daily coffee drinking can be beneficial not only to slow down intrinsic aging but also to help you look younger. Although drinking 3-4 cups of cold or hot brewed coffee may help to reduce swelling due to coffee’s diuretic effects, it can also be used in skincare products. Yet, using ground coffee for homemade facemasks or scrabs can potentially harm your skin rather than make it look younger.

However, it is important to remember that extra cups of coffee may age your skin by depleting collagen production. While a moderate amount of coffee can play as an antioxidant in preventing wrinkles appearance, overconsumption may lead to dehydration and loss of skin elasticity. To avoid dehydration reduce coffee intake to 3 cups a day accompanied by a glass of water.

Tea Vs Coffee For Slow Aging

Tea drinkers and coffee drinkers may sometimes argue about the potential health effects of tea or coffee. We want to cease the continuous controversial opinions by stating that both coffee and tea possess equal benefits for slow aging.

Similar to coffee, tea consumption is associated with

Same as with coffee, drinking tea every day can prolong your lifespan, however, certain cautions must be taken into consideration. If you want to double the effects of your tea 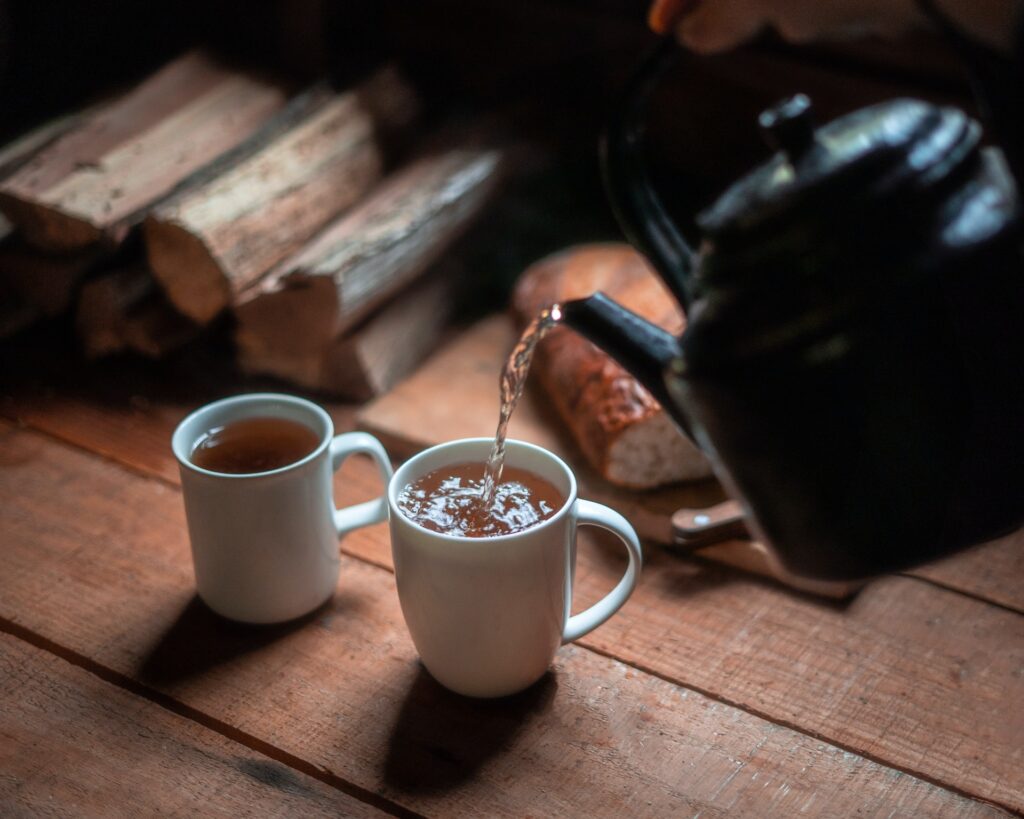 Both tea (from low to moderate) and coffee contain caffeine, hence their anti-aging properties cross at some point due to this component. Both tea and coffee can make you look younger or older depending on the amounts, and methods of drinking them.

Coffee, a drink rich in caffeine, is a strong stimulant for our brain function. Besides, it is scientifically proven to slow down aging by protecting the human body from aging diseases such as type 2 diabetes, cardiovascular diseases, cognitive decline (Alzheimer’s and Parkinson’s disorders), depression, and chronic inflammation.

Among these, caffeine used in skin care products may promise smoother and more elastic skin, UV protection, and prevention of premature wrinkles appearance. Thus, coffee also tea consumption can slow down aging. However, coffee may lead to faster skin aging if consumed in excess amounts. 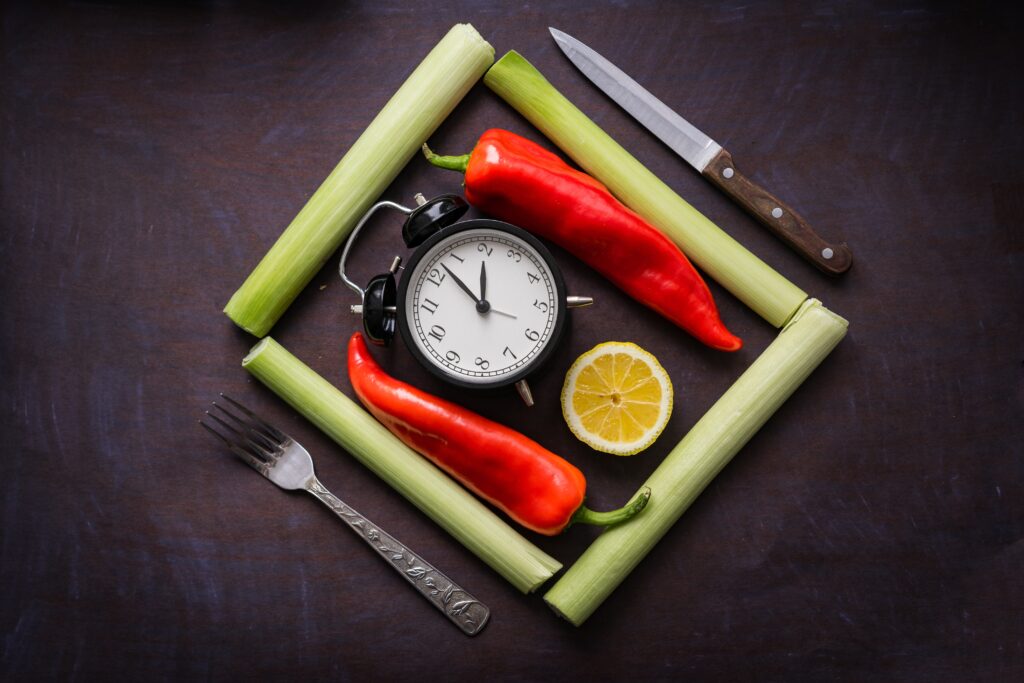 4 Different Fasting Protocols And Which Is Best For You 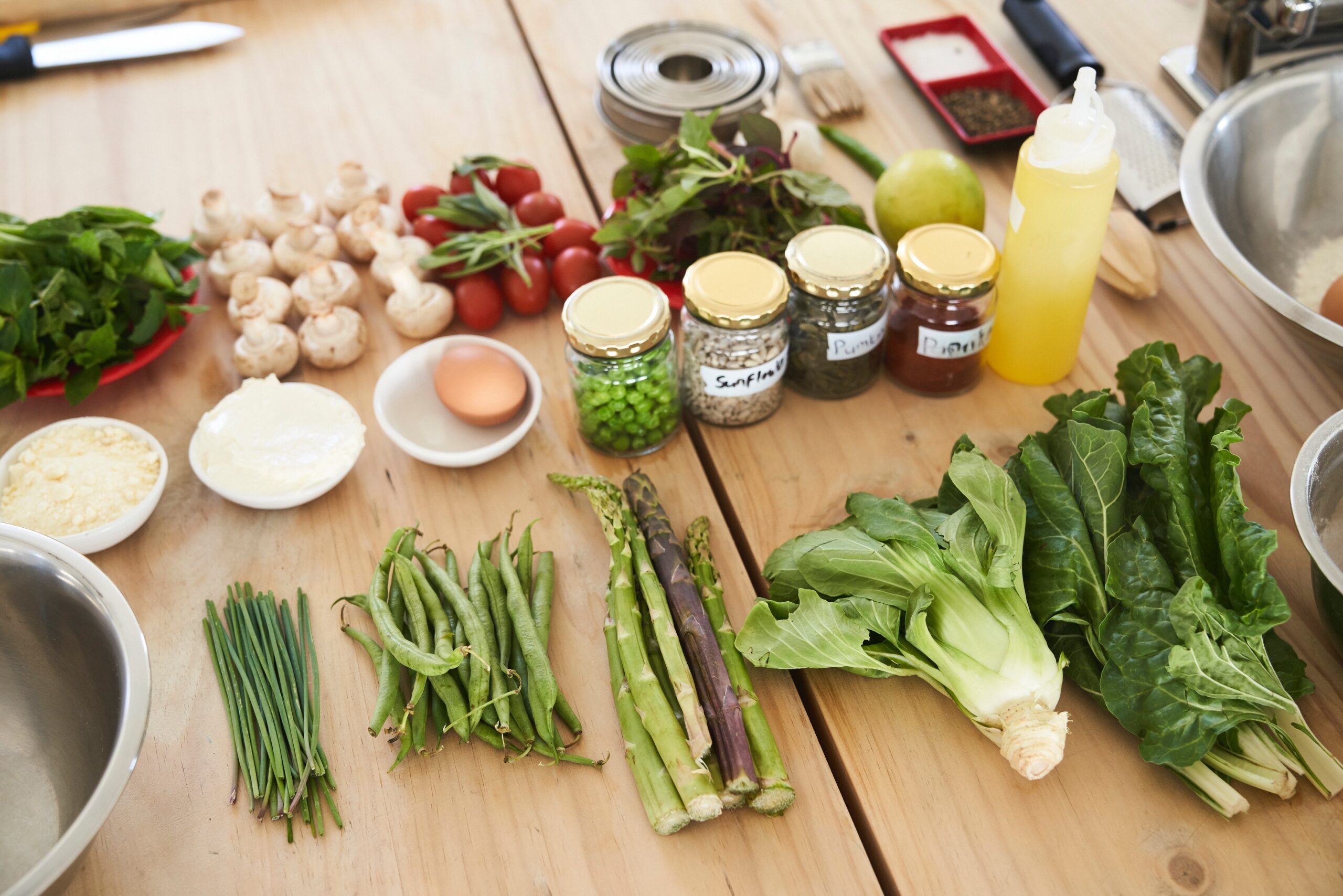 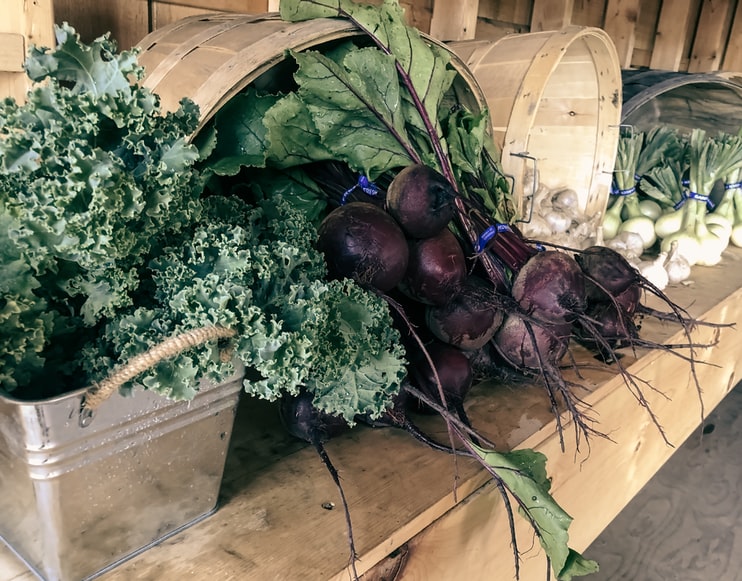